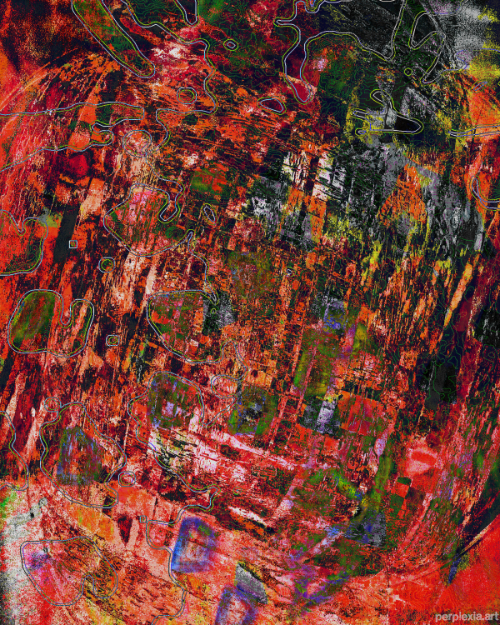 How cool would it be, to be able to safely watch a whole planet explode, seeing the rock and magma blast out around you in one of the most destructive events possible? I think it would be pretty cool. Assuming you knew that you had a very strong force field that could withstand all of the blast, and also that you didn’t leave any of your stuff on the surface.

Goodbye Planet is what I think the explosion would look like, at least for a split millisecond before the carnage overwhelms and blows right past you. The immense amount of energy and force would be awe-inspiring to see.

In reality, we don’t have nearly enough power to blow up a planet, which is prooobably a good thing.

But in fantasy, you can see the details of this abstract art below:

I Was a Teenage Binder Model
Forced Leather