The Art of Security Envelope Patterns

I really love the patterns they put on the insides of security envelopes.

What is a security envelope?

In case you don’t know, a security envelope is an envelope that has a chaotic pattern printed on the inside of the paper across both interior sides. This is to protect the privacy of any documents inside. If you hold it up to the light, the patterns obscure any information you could read if the paper was plain.

A security envelope, ripped open, showing a grey pattern inside.

These patterns are also on the backs of checks sometimes, or on other similar secure documents.

Of course, you could just open the envelope — it’s not like it’s meant to be an actual security feature. But you’d at least know if someone tampered with it. Just like how most home locks can be picked with almost 0 effort, it’s a security feature that keeps honest people honest.

You can buy security envelopes at most office stores, online, wherever.

Personally, I love these patterns. I think they’re interesting. They’re visually appealing to me.

They have a very utilitarian purpose. They exist for practical and pragmatic reasons and the artistry is not required — instead it emerges from a source that doesn’t otherwise suggest the need for it.

I love how many different types and designs there are, all the flourishes and styles, I think it’s a wonderful little facet of life that even in a place as obscure as this, there’s such a variety of art.

Security envelope patterns are like a whole hidden art genre that we’ve lived with but overlooked our entire lives. I think that’s a shame.

However, I am also attracted by the mystery.

You see, I haven’t been able to find anything on who makes these patterns, what the origins are, where they come from, or what artists (whether they consider themselves artists or not) create them.

It’s a total black hole. I’ve asked other artist friends, pattern makers, nobody has any idea.

It’s like these things just appeared one day without any origin story at all.

So to me, enjoying the art of these envelope and check background patterns is like appreciating some lost, mysterious art hidden all around us in plain sight.

I’ve been appreciating these for years, but it’s only recently that I’ve decided to collect and document them — hence why this collection is so small. It’ll grow, I promise.

Note that I’m making all of the names for these up myself, since again, there is no information about any of these, anywhere. 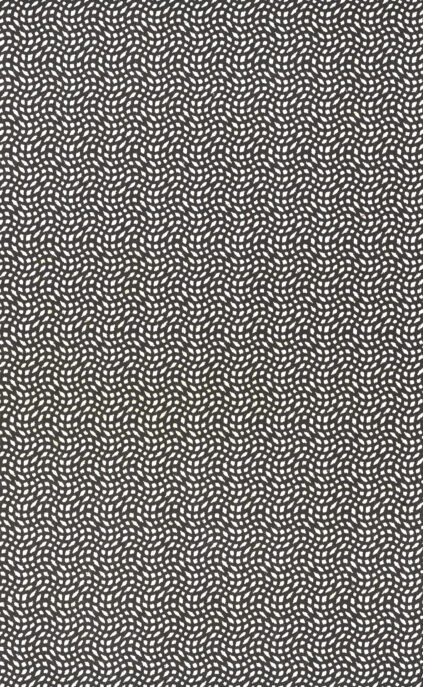 This one is such a simple concept but such a cool effect. It’s really just a wavy line, repeated up and down, and then repeated over that at a 90 degree angle. But look at all these swirls! It’s a fantastic disorienting feeling.

I’ve had this one forever — believe it or not, looking at this actually inspired some of the abstract art I made that’s on this site.

This is a piece I could get lost looking at for a long time. 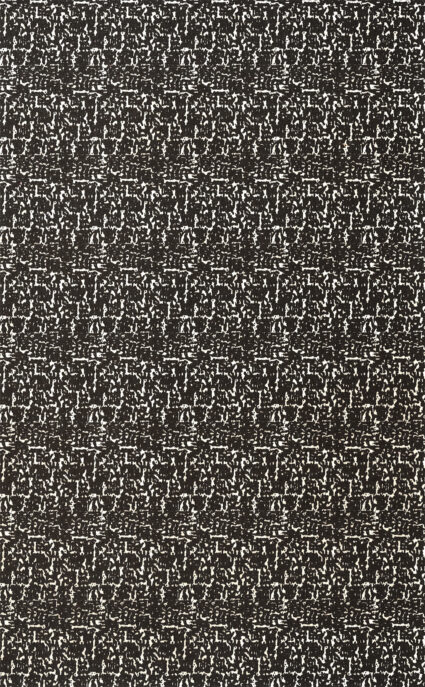 This one is really interesting to me. The symbols look like a forest of vaguely Asian-inspired characters. I’m sure it’s not directly any kind of Chinese or Japanese or anything, and maybe it’s only me making the visual connection. But if you took a bunch of those kinds of letters and put them all randomly on top of each other, and then repeated it, you might get something like this.

As far as a pattern goes, it’s a little repetitive for me — meaning you can really clearly see the two separate stripe areas, so it’s a little unbalanced overall. At first I didn’t like that, but if I stand back and zoom out of this one, I like the striped effect.

I’ve had this one for a long time too! It’s nice.

This is the simplest piece, and as such I don’t have much to say about it. It’s simple, easy, gets the job done. Four lines in an easy-repeatable, evenly-spread diamond woven pattern.

For what it is, though – not bad. You gotta have some simpler ones to make the more complicated ones stand out. It only adds to the variety.

This one is interesting to me. It’s such a light, ghostly little pattern, faint and airy. It’s hard to tell where the edges are at first. It feels untouchable.

I almost wonder how effective this is as a security feature. I’m not sure if this would do the best job at obscuring letters and numbers, compared to the others we’ve seen. Maybe the art has gone too far past the intended function on this one — I don’t know.

Still, an interesting addition to my collection.

The Art of Mopa Lounge