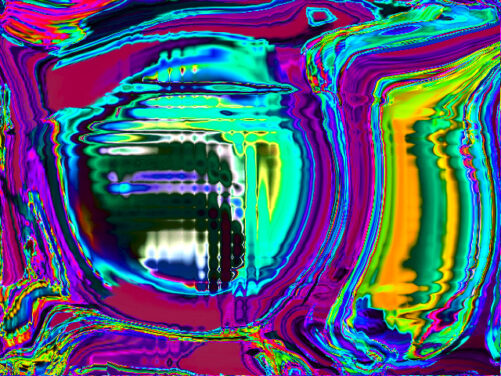 This piece is a digital abstract work that explores the idea of sound and video. The title, “brzuuu“, is a onomatopoeia that represents the sound of the old static electrification of air. The piece is composed of various geometric patterns that are in constant motion, which create a visual representation of sound waves and stagnant VHS or tape video. The piece is meant to evoke a feeling of energy in dullness, and to suggest the idea that sound and video can be visually represented in concept, not just in direct screenshots.

This piece reminds me of an alternate past, where I watched my grandmother’s television as a child, but when I had taken a lot of acid first. I can just feel the hair stand up straight across my body.