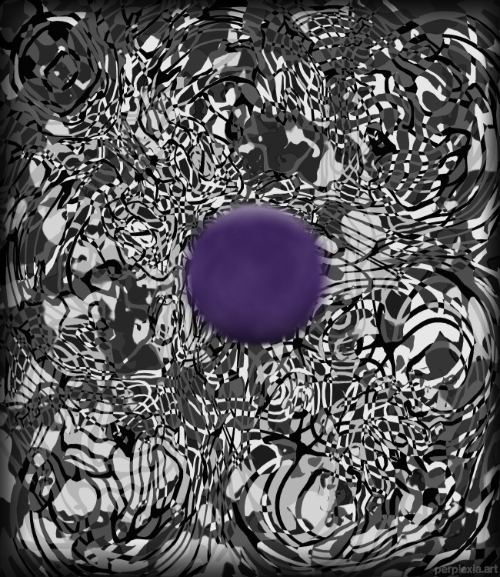 I call this one “Jester’s Nightmare,” but I think it was inspired by a nightmare of my own.

(And to be clear, I do not consider myself a jester.)

There was something vaguely Riddler-ish in how the mess of blacks and whites looked like a neverending, unsolvable labyrinth. With this big purple haze sitting atop the chaos with such order and control.

But the more I worked on it, the more I came to see it as a representation of the face of a jester himself. The purple is his nose, and the black and white is… well, all the rest of him, splayed out like silly string through a spaghetti grinder.

I consider this to be different than my usual work, and I debated including it with the rest for a while, because it really does stand out to me as different. But I suppose it’s the only one inspired by a nightmare. So in a way that makes it special.

Besides, with how in jesters are lately, I think this is proof I was ahead of my time. Honk.