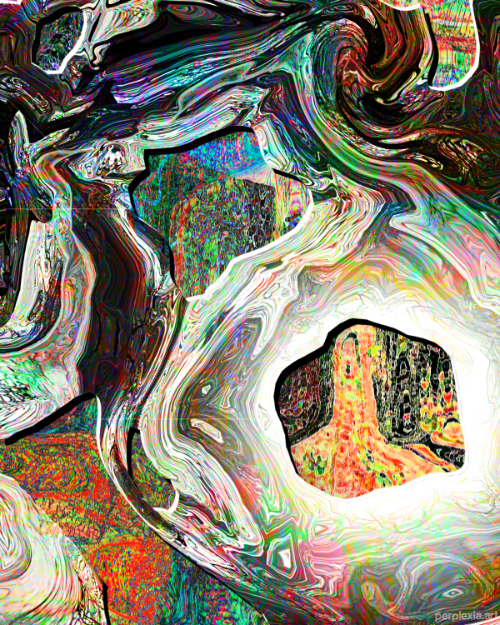 In real terms, a “magma galaxy” doesn’t make much sense. Space is cold; magma is hot. And technically magma only exists under the crust of a planet. So it would solidify pretty fast in space, and not really be magma in any sense of the word.

It’s a good thing this is abstract art and not supposed to be taken too literally!

Really though, I think if you were discovering a galaxy like this, you could casually say it was a magma galaxy in the sense that it behaves like lava or magma would, but in space, on a galactic scale. What it’s actually made out of is an entirely different matter, and you can pick your poison there from the infinite amount of things we haven’t discovered. Superdense neutronium-infused ions? The nineteenth flavor of neutrinos? Tau electrons orbiting photonic matter atoms?

The real danger isn’t flying into it, though. The real danger is using the term “magma galaxy” once in an offhand way to describe how it works to fellow scientists, just for the term to catch on in pop culture and never go away and haunt you with its inaccuracy for the rest of your professional career. Flying straight into it is starting to look awfully good in comparison.

I don’t know how this would look on the border of regular space, but I do know what it looks like up close in full resolution, and now you do too: