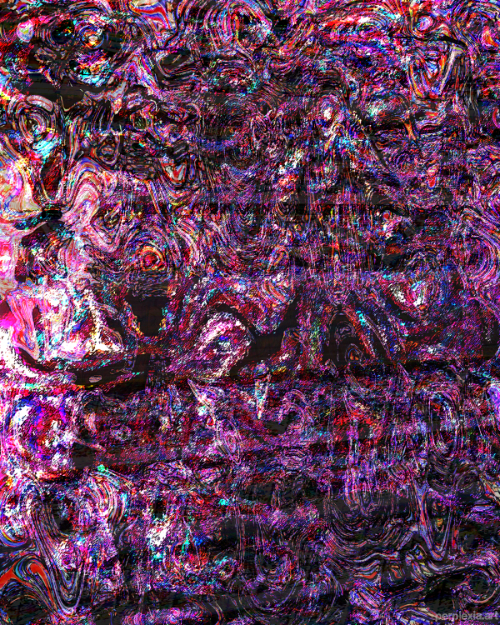 Static Melange is inspired by some old Star Trek episodes where they come across the Edge of the Galaxy. Of course, in the real world, there’s not some sort of barrier at the edge of the galaxy, and in fact the “edge” itself is a gigantic range of space depending on what you mean by “edge.” It’s not like there’s a defined line of “within the galaxy” vs. “outside the galaxy” (so if you’re thinking of buying property out there, be warned now).

In Star Trek, though, there was some big pink ring or force field that prohibited anyone from ever leaving, and the negative energies would kill people and/or give them psychic powers, or, y’know, whatever. I think they tried to explain it with Q later on, but I always liked the Original and Animated series the best anyway.

I can just picture a tiny little starship off to the right, seeing this on their sensors in awe and trepidation. If you try to walk through this artwork yourself I take no responsibility for anything that may happen to you.

Here’s a small portion of this static up close in full resolution:

Tapastrone
Emergence to an Earth