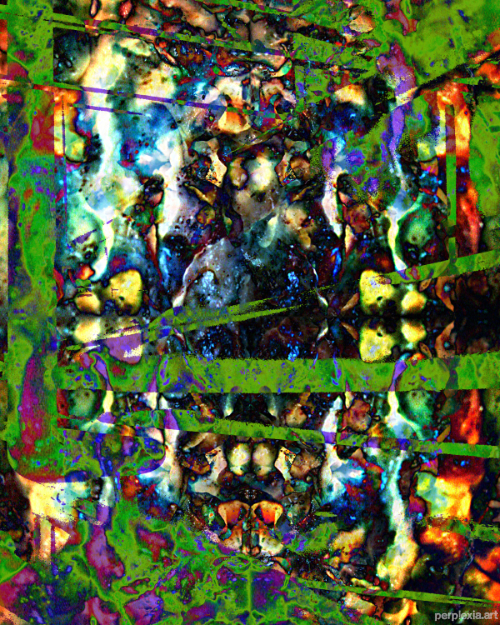 In a more objective sense, when you think about holding something up in the real world, you think about support beams, two-by-fours and nails, scaffolding around a building under construction.

You also think of the infrastructure a building, or even a whole city, may have. Tunnels under manholes, catwalks above stages in theaters, back rooms and closets in stores and apartment buildings.

Imagine if you had some sort of glasses, or alternative vision option, that would let you look at space and see the laws of nature as scaffolding, the infrastructure of the universe as physical, concrete things.

This is my interpretation of what you would see. The idea that space, from the subatomic to the supercluster, is at once constrained and supported by beams of mathematics and science. And when you see them, it doesn’t take away from the beauty. It only adds.

See the full resolution detail of The Riggings of the universe here: