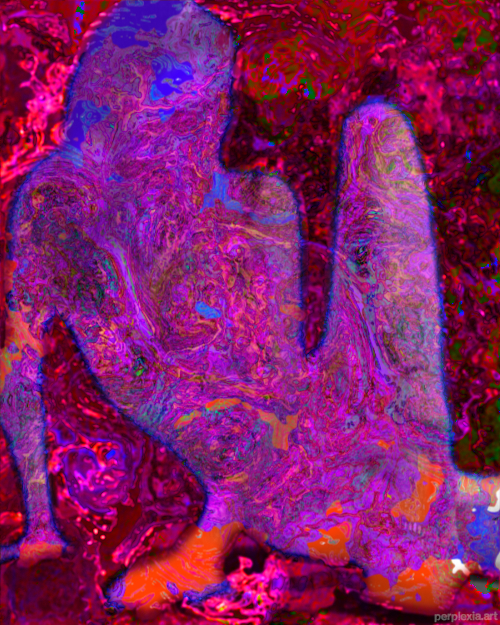 This piece is absolutely my “sexiest” digital abstract work, which isn’t hard when literally no other piece I’ve made has any hint of sex appeal at all. I’m not saying that this one is going to particularly excite anyone either, but it at least has the hints in place.

Originally, this piece was just one part of a broader collaboration with another artist named Jacqueline. But we quickly found that our artistic visions didn’t align and cancelled the whole thing; a couple pieces in my Test Art collection were formed as part of the initial experimentation. This piece, though, Two Hands Required, was valid enough for inclusion here.

The details in the linework are some of my best ever. The neon patterns and conflicting background shapes and colors are already visually dynamic, and the silhouette outline suggests various focal points that get filled in by the imagination. I actually quite enjoy that it’s only implied; even in my most titillating piece, any sort of sexiness is still abstracted.

I probably wouldn’t attempt a piece like this again, but I did later find better ways to combine the human form with my abstract process.

Here, see the full resolution detail on that linework I was talking about: