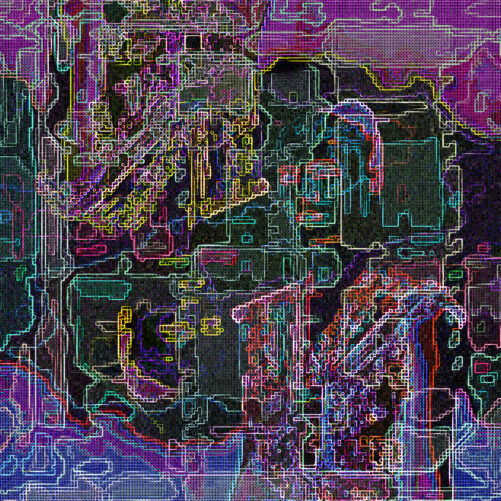 This piece is a colorful and fun exploration of the icky and grimy side of life. It is a mix of bright and dark colors, with a touch of the grotesque. The title refers to the popular children‘s game, “Icky Pop“, which is a game where players try to pop as many icky balls as possible.

This piece is an exploration of the dark and icky side of life. It is a Grimers Icky Pop, a popular candy in Japan. The piece is made up of dark and light colors, representing the duality of life. The light colors represent the hope and joy that can be found in life, while the dark colors represent the sadness and despair that can also be found. The piece is meant to be a reminder that both light and dark exist in the world, and that we must find a balance between the two.

This painting is a colorful and methodical exploration of the icky pop phenomenon. It is a mix of bright and dark colors, and on a close inspection it almost looks like they’re geometrical, knitted, even crocheted. The title refers to the popular children‘s treat, which is often described as being icky and sticky.

I mean look at this detail! It really looks like some kind of circuit diagram, or close-up of a crochet piece, or even a bizarre traffic route in some alien city. The truth is, this piece was made with Grimes in mind, and that’s about it.