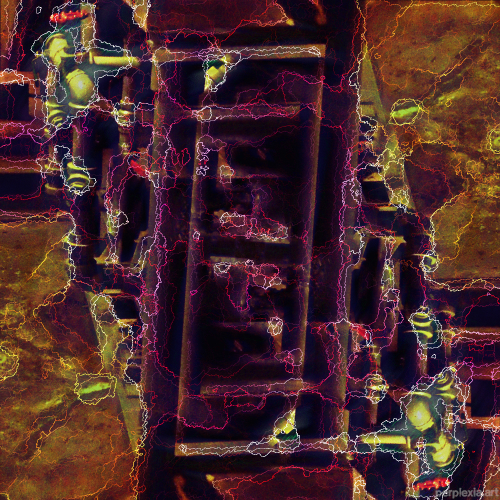 Amethyst Hypercube is one piece in my four-part GemTech Series.

Hypercubes and other extra-dimensional shapes have always fascinated me. It’s so easy to mentally go from a point (no dimensions), to a line (one dimension: length), to a square (two dimensions: length and width), to a cube (three dimensions: length, width, and depth)… but then you just try to extrapolate that one more time, into a hypercube… and suddenly our brains go haywire. Length, width, depth, and… and… ?????

Sure, you can say the fourth dimension is time, but that’s a cop-out, because lines and squares and cubes exist in time too. The fourth spatial dimension is what really gets me. (I mean, not even mentioning the fifth, sixth, and n-dimensions onwards.)

This piece to me shows an amethyst-built chamber that has managed to capture some naturally-occurring hypercube in some way and is using it for… power, perhaps? But it could just as easily also be that we’ve learned how to build hypercubes ourselves. And in both scenarios, we’ve just so happened to find that amethyst, for some reason, is the best material to do it with. Who knew?

Here’s Amethyst Hypercube in the context of the full set: 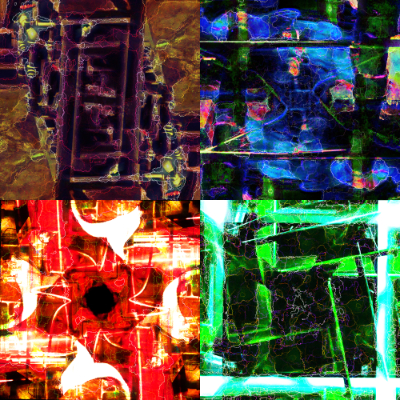 See the full resolution detail of Amethyst Hypercube below: